How To Have Faith In Yourself

My Human Design content is always written through my heretical + alchemical lens. It may, or may not, align with traditional HD views. And, this post may contain affiliate links. If you make a purchase after clicking one of my affiliate links, I may make a commission. 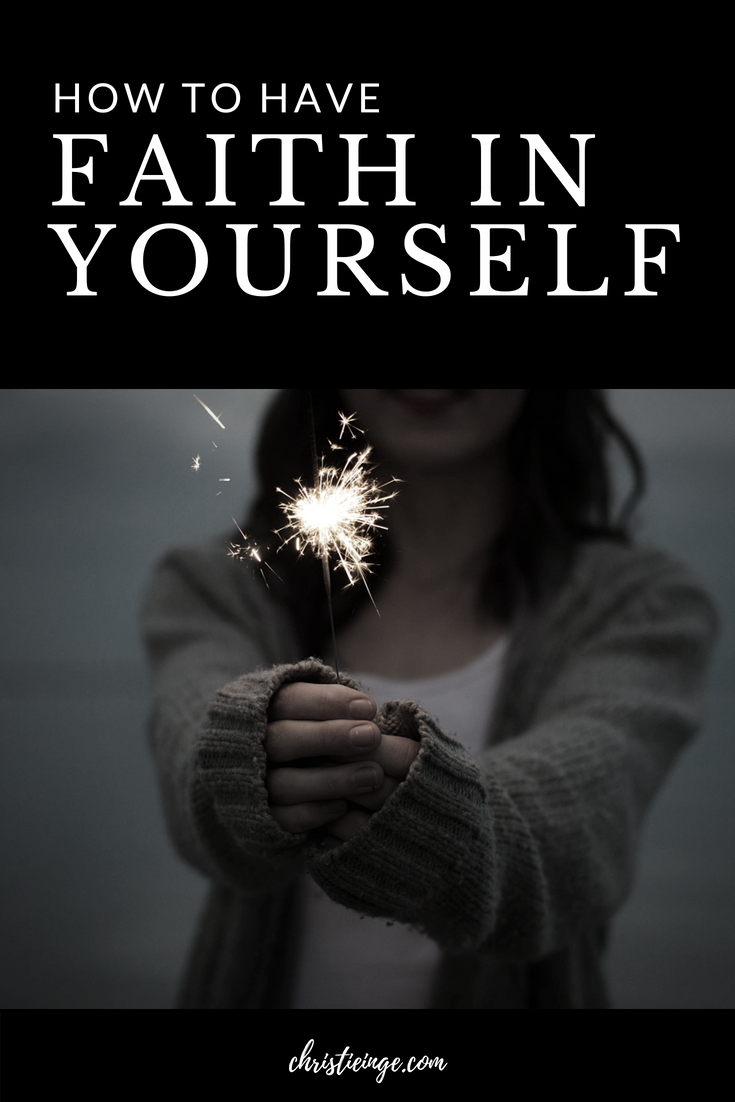 For most of my life, fear and faith were so intimately tied together in my heart and mind that I really didn’t know one from the other. I never really understood that where I put my faith and what (and whom) I believed in was up to me. It seemed only “logical” to have faith in the things I was taught to have faith in. And those things typically brought about sheer terror within me.

I faithfully believed that I had to change who I was. I needed to bend and mold and become who other people told me I should be. I was supposed to put their needs and opinions, first. I was to push down my joy, my hopes, my dreams. I was to dull my shine.

I believed those things because I thought it meant that others would love me.

I faithfully believed that life was supposed to be hard. That nothing worth having came easily. And that even pushing myself beyond my own limits wasn’t enough. That I wasn’t enough.

I believed those things because I thought that one day, I might be able to prove my worth in the world.

I faithfully believed that I needed to be the good girl. To keep my mouth shut and be ashamed of myself. That my crazy mix of emotions made me wrong.

I believed those things because, otherwise, I “knew” that I was destined to a fate of fiery wrath.

And the most painful one of them all:

I faithfully believed that having faith and trust in myself was the deadliest of sins.

I was chronically filled with self-doubt.

What if I’m wrong?

What if they think I’m selfish?

What if they don’t love me anymore?

Even when it felt crystal clear in my heart, I always seemed to put my faith in my fear.

I chose every single action I took from those fears. I obsessively controlled my food and exercise. I said what I thought people wanted to hear instead of what I truly felt. I hid my emotions and pretended to be happy.

And, sadly, I seemed to just use all of that as more evidence for how wrong, and bad, and broken I was.

The fear told me to run like hell from the whispers of my spirit.

But all that running and all that stopping just landed me in a living hell called exhaustion, depression, and debilitating anxiety. A living hell that looked like drugs, alcohol, sex with strangers, and pints of Ben and Jerry’s.

The whispers turned into desperate screams.

Eventually, I couldn’t ignore them anymore and knew that the only way out of that hell was to put my faith back in myself. To create beliefs that felt good to me and to do the things that felt resonant and true for me.

And through it all, I learned something very, very important:

Fear is not a stop light. And despite the pop culture-isms, it isn’t a green light, either. Fear is a caution light.

It is an invitation to tune in. To pay attention. To discern between what is real and what is perceived. To lean into the present moment.

Is there a tiger?

Is there REALLY a tiger?

Slow down. Come into the present moment. Assess what is really True. Then, from that place of Truth, decide what to do.

What I’ve found along the way is that, most often, the tiger is only in our minds.

And those fuckers? They can get you every time.

But when you can’t discern a tiger in your mind from a tiger on the savannah, you are trapped. Or running like hell.

Because fear’s goal is this: to keep you safe. to protect you from the tiger. to ensure that you don’t get banished from the tribe.

And fear is pretty clever. It already KNOWS that what you’ve done so far has kept you alive. It knows that you survived every single time you pretended to be someone you aren’t.  And so, fear is quite content if you keep right on doing that.

I am so glad you asked.

Having faith in yourself is really about creating a new relationship to fear. It is about doing faith as a verb.

Instead of reacting (or overreacting) to it, respond. Instead of ignoring it, listen. Instead of banishing it to the dark corners of your mind, bring it into the light. Instead of shoving it down with food, or hours of mindless TV, or by refreshing facebook and email every twelve seconds, feel it.

Allow it to be there, be willing to listen to it’s messages, and then, decide how to proceed.

This may look a little different for each person, but here is a general idea of my personal process for turning fear into faith. As you read this, I’d invite you to practice this process with a specific fear you are currently experiencing. You may also want to keep a journal close by to make note of what you notice.

You’ve got this. You really do. Your job is to remember that – even in the face of fear.