My Failed Attempts At Stopping Binge Eating + What Really Worked

My Human Design content is always written through my heretical + alchemical lens. It may, or may not, align with traditional HD views. And, this post may contain affiliate links. If you make a purchase after clicking one of my affiliate links, I may make a commission. 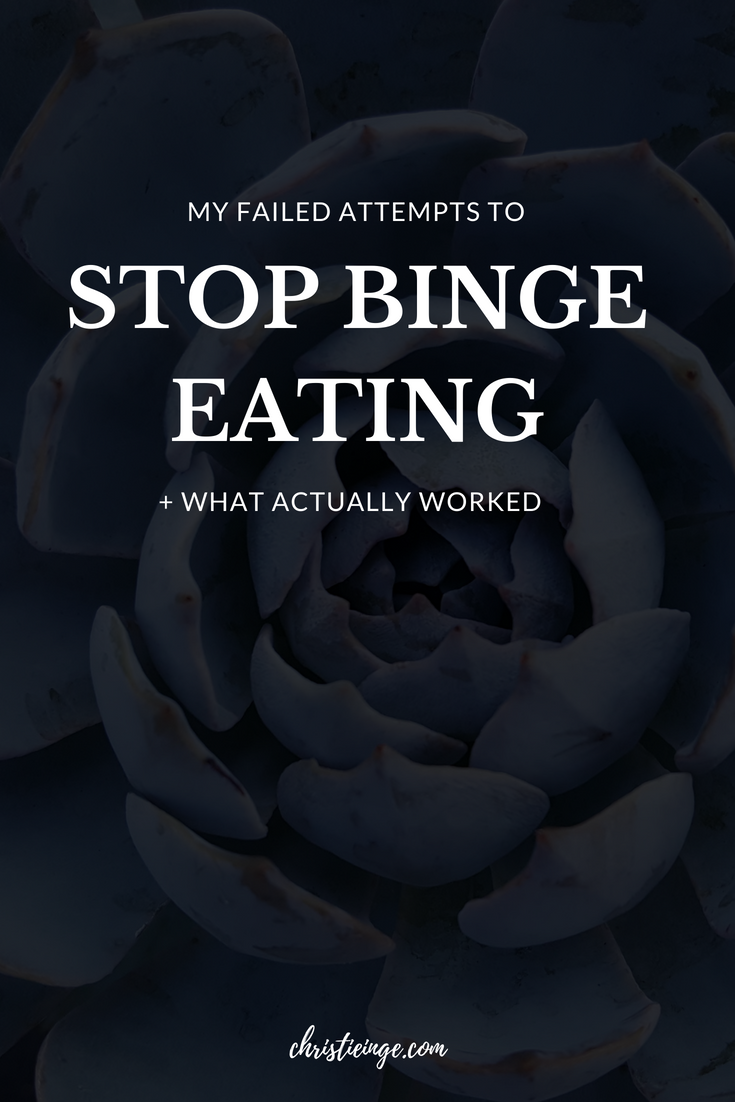 Many, many moons ago, I was in the midst of trying to make peace with food after years of body hatred, binge eating, yo-yo dieting, and a very restrictive mindset (aka diet mentality).

I remember on one particular day, I was feeling overwhelmed, and I ate a jar of Nutella and a loaf of bread while watching television.

I’d spent years under the cloak of diet culture and, so, this little Nutella and bread free for all seemed like liberation.

But the next day, I woke up feeling ashamed and guilty.

I realized that eating the Nutella and bread wasn’t liberation. It was a rebellion against all of those years of letting diet culture dictate what I put in my mouth.

That awareness, though, wasn’t enough to break the cycle because it continued for at least a year.

In fact, it got worse because I started to pile the shame of “knowing better but not doing better” on top of the binge eating.

Eventually, I started to tell myself that it just wasn’t meant to be for me. I used the binge eating as evidence of my unworthiness, proof that I didn’t deserve a peaceful relationship with food, and that I was just plain weak.

The cycle kept going. Loaves of bread (whole wheat because I was trying to be healthy, of course!) and jars of Nutella became a regular occurrence.

And so did the shame.

I can’t say for sure the exact moment that turned things around for me but what I do know is this:

My failed attempts at stopping the binge eating had nothing to do with my worthiness or deserving. I didn’t need more willpower, and I certainly wasn’t weak.

What I realized was that those feelings of rebellion had been trying to tell me something, for YEARS, and I’d been ignoring them.

See, what I didn’t fully understand at the time was this:

EVERY action is an ATTEMPT to meet a need.

That includes pounding loaves of bread and jars of Nutella like the world is coming to an end.

And when we discover the needs that drive our actions, we have the opportunity to free ourselves from our so-called bad habits.

To find that true liberation, that feeling that I’d been seeking for so long, we have to start meeting our needs in more effective and sustainable ways.

And to do that, we have to heal the blocks that prevent us from taking action that truly meets our needs.

For me, there were many needs at play (Autonomy, Love, Belonging, Integrity, Safety, Rest (just to name a few, lol)) and, OMG, was there quite a few blocks that prevented me from meeting those needs in ways that actually worked for me.

It was a process, for sure, and it felt like an emotional roller coaster.

But, I can’t tell you how satisfying it was when I discovered a jar of Nutella in the pantry that had completely dried out because I no longer felt compelled to eat it.

Before, the Nutella taunted me almost every minute of every day, and there it was, just sitting there, forgotten.

That is what happens, though, when you heal the blocks that prevent you from meeting your actual needs. The so-called bad habits just fall away, like magic.

So, my invitation to you would be to start getting clear about the needs you are attempting to meet with your habits and then notice your resistance to meeting those needs because that resistance is showing you the places that are ready to be healed.

PrevPreviousHow To Deal With Your Inner Mean Girl
NextHave a Habit You Just Can’t Seem to Break? Here’s why.Next